Having both made major growth announcements, UK equity-based crowdfunding businesses Seedrs and Crowdcube have now been named the UK's most active investors as the competition for the majority share of the crowdfunding market hots up.

Startups.co.uk brings you the latest news and delves a bit deeper into the two rival crowdfunding platforms and their successes to date…

A report from Beauhurst has named Seedrs (founders pictured left) and Crowdcube as the most active investors in the country respectively, following an analysis of investments into non-listed UK companies.

The report, entitled The Deal, found that Seedrs and Crowdcube enabled more transactions than any other UK investors between January and December 2016, with Seedrs facilitating 134 deals and Crowdcube facilitating 124 in this time, making the two platforms responsible for 86% of all crowdfunding activity and 21% of equity investments.

Earlier in the past year, Seedrs, which claims to be “Europe's number one equity crowdfunding platform”, issued plans in July 2016 to help the investment eco-system in the Benelux region with the launch of an Amsterdam office.

The launch – “building relationships for Benelux start-ups” – coincided with news that the UK Financial Conduct Authority (FCA) had granted Seedrs a ‘financial services passport' which effectively meant that Seedrs can provide services anywhere in the EU.

Meanwhile Crowdcube, which claims to be the “world's first” investment crowdfunding platform, unveiled plans to create a secondary liquidity market with the intention to prevent shareholders “being locked-in” and to “accelerate potential investor returns”, with the ultimate aim to “encourage further investment in British businesses”.

Crowdcube has also said it will be launching a series of products and services to help businesses manage investors “more efficiently”, and has also revealed it will be broadening its portfolio to include more venture and growth-stage companies.

Additionally, the business is currently inviting investors to register for early access to its own £5m funding round; with £50m already received in expressions of interest.

Seedrs and Crowdcube: Head to head

Given that Seedrs and Crowdcube have now been recognised as the UK's most active investors, and both argue that their respective platforms are best for investors and start-ups, we've decided to take a closer look.

We've weighed up some of the key statistics to see how the two crowdfunding platforms compare. Which platform is best for business? That's for you to decide… 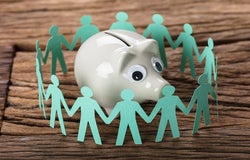 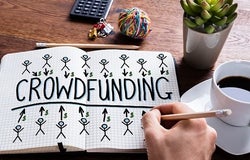 Crowdfunding
Equity crowdfunding your start-up: An overview from Seedrs
July 31, 2018 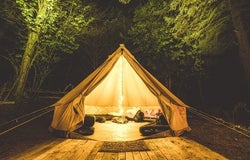 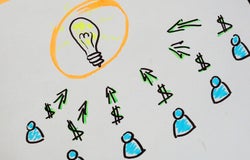