The childcare sector is growing and growing, and there are many reasons for this growth. Parents are keen to get back to work after childbirth but are less and less able to rely on families to provide childcare. And although the number of under fives is forecast to decline over the next few years, the childcare sector those wanting to return to work more than make up for the reduction.

In addition the increasingly-level second salary now coming in to households means that families are able to pay more than they used to for that nursery care. The burden of mortgages and so on means this amount is not an open purse, but all of these factors make nursery owning a good opportunity.

There has been a noticeable increase over the last three decades in the number of jobs in the UK filled by women: in March 2008, both men and women filled similar numbers of jobs — around 13.6 million each — compared with 1985 when men filled two million more jobs than women. In the second quarter of 2008, the employment rate ran at 70% for women. More and more women are choosing to have children only when they have progressed further in their careers and have achieved higher financial status.

When it comes to childcare there are only limited possibilities for most parents: nannies, childminders, playgroups, and nurseries – and they all come in various different flavours. Of these nannies are the most expensive as they will provide one to one care but the advantage is that they come to the parents home. Next are childminders, who are cheaper than nannies. They use their own home and are registered by the local authority. Playgroups, which are only really regarded as temporary arrangements, are normally operated in morning or afternoon sessions and are generally limited to children aged three to five, plus they often involve parents who provide part of the care.

How much will it cost?

Nurseries can be bought from anything from £20,000 for one that has been run in a rented hall, where you're buying the name and goodwill, and up to millions for a purpose-built freehold property with staff and a list of names waiting for places. A typical price with freehold is more likely to be in the hundreds of thousands range though. The best place to start searching for a nursery on the market is through agencies or the trade press or on websites. In terms of agencies Yorkshire agency Dowling Kerr is one of the largest in the UK with hundreds of nurseries on its books and it's a good place to start. The price you pay depends on how many children the nursery is registered for.

It may be worth doing a comparison with our guide on how to start a nursery from scratch.

Prices will vary across the country, becoming most expensive in the South East. It will also vary according to how old the children are, as it costs more to look after babies than toddlers in terms of staff and area.

A total of 75 per cent of your fees from the children go on fixed costs. Staff and premises are likely to be the biggest costs but food, nappies and equipment all add up.

So a successful nursery could generate a good profit of a couple of tens of thousands plus, depending upon how many children you have and where your business is based. But remember that many of the costs are fixed, so expansion is the only way to grow the business.

Who is it suited to?

Running a nursery is certainly not a ‘get-rich-quick' plan. In fact, you could make more money driving a taxi. But, if you want a job – and a business – that offers something a bit special, this could be right up your street.

It is a business that tends to attract working parents – either because they think they could do a better job than the nurseries already on offer or they discover that there is nothing available in the area at all.

You will need endless enthusiasm and energy. Don't expect to win prizes for your fashion sense either. Nappy changing and baby feeding could soon spoil your best clothes. You need to have the patience of a saint. One child screaming or crying can be tiring, but imagine that multiplied several times.

But if you can cope with the tears and tantrums, this is a business that offers much more than money.

What should I consider?

You need to check out the competition, says John Smith, business finance manager at Lloyds TSB in Romford, Essex. Your local council will have a list of all registered childcare providers. But you should look at playgroups, mother and toddler groups – anything that could be your competition. including nannies.

Next check the population figures in your chosen area. Ideally it should have a growing or stable population and should be heavy on the settling down age groups of 25-40. An area with a predominantly young or old population or a shrinking population is best avoided. The picture of your dream nursery may look lovely in it's idyllic village setting but if the average age is 60 and the only new people moving there are retirees then avoid it like the plague. The census can tell you local birth rates, the number of nursery-age children and the general economics of an area. Not only will this give you information on how many children there are but should allow you build a profile of your typical customer.

You should think about how many children you want to look after in your nursery, as this will also affect the property, staff and pricing. If this is your first venture, don't try and compete with the chains that offer places for over 100 children. But to be viable, you will probably need to have at least 25-30 places.

When you come to buy you have two choices lease or buy. Either way check that the building is in a good state of repair and that it meets all the current and future fire and health and safety regulations. A change in the law could mean a big bill just when you're just getting established.

A major issue is car parking. For a medium-sized nursery, the council will stipulate there needs to be as many as 17 car parking space for parents, as well as provision for half the staff.

What are the rules and regulations?

Childcare is a very sensitive issue. So the amount of red tape covering this area should not come as a surprise. The Office for Standards in Education (OFSTED) has taken over the regulation of nurseries recently so when buying it's important to check to see that the nursery has already been checked and approved by OFSTED.

One way of doing this is by an inspection and accreditation. In September 2001 the Office for Standards in Education (Ofsted) Early Years Directorate became responsible for the regulation and inspection of providers of day care for under eights. For more information about registering with Ofsted then go to the Ofsted website www.ofsted.gov.uk. Alternatively you can call the helpline on 0870 7700449

The main framework for nursery buildings is set out in the Children's Act 2004 but there is some discretion in implementing the rules. However, there are some rules that must be followed – including the space and staffing that you must have for each child. The regulations are most intensive for babies where you must allow 40 square feet each and one staff to three babies. For children aged two to three years, the space requirement is 30 square feet and one nursery nurse to four children. You only need to allow 25 square feet and one nursery nurse to eight children for the over three's.

At least 50% of your staff need to have a relevant qualification in childcare. But the difference in salaries for qualified and unqualified staff is small – in fact, as little as only £500 a year.

An officer in charge of a nursery has to have the relevant qualifications and several years work experience. But don't worry if you're not qualified, you can employ someone else for that role.

One of the biggest staffing problems is having sufficient relief staff to cover holidays or illness. Even in an emergency, all staff must be approved by social services.

If you want to run the nursery as a hands off company it's still essential as with all other companies to keep in close contact with staff so they can let you know any problems. Thins includes buying and generally keeping up levels of communication. Managers should deal with the day to day concerns and you should deal with central issues such as purchasing and re-appraisal of equipment.

Directory of UK playgroups and nurseries searchable by postcode and town

National childcare charity, which promotes quality childcare and education for all children in the early years.

NDNA encourages providers to follow the Quality Assurance accreditation scheme and offers guidance on good practice. The Association provides support and advice with access to local and regional networks and promotes opportunities to share information and good practice.

NDNA advises central and local government as well as Early Years Development and Childcare Partnerships and the media on care and education in day nurseries and provides a national voice on the care and education of under eights in day-care centres. 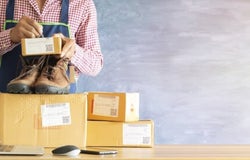 Ecommerce
How to start an ecommerce business
May 7, 2020
Back to Top
We use cookies. By browsing our site you agree to our use of cookies.