Harry Cragoe made P & J Smoothies a market leader, but had to overcome a mountain of logistical problems before sampling the taste of success.

While living in California, Harry Cragoe, founder of P&J smoothies, decided UK consumers were missing smoothies in their daily lives, a taste that residents of Los Angeles had been enjoying for a long time – a smooth, healthy drink that would give your day the perfect start.

“It became a habit. Everyday I'd go to lunch and buy a nice, refreshing smoothie, made with fresh fruit followed by a health bar. When I got back to England I realised that the UK was just drinking orange and apple juices and that the chiller cabinets in shops were extremely boring so I started Pete and Johnny's smoothies.”

First drunk by Hollywood film stars in the 1940s, Cragoe knew he had hit upon a very novel idea that no one had properly experienced in Britain, plus the product was a 100%, non-dairy drink that was good for you. However, the venture was filled with a mountain of logistical problems that had to be overcome from the word go.

“For the first few years our manufacturers were in the [United] States and we had to ship our products in large containers across the Atlantic. The smoothies were frozen and there were problems of them not defrosting or still being frozen when they were being put on the shelves. There was also the fact that we were twice as expensive as other drinks at the time. People in the trade were saying that we wouldn't succeed. If we'd have listened to them then we wouldn't be the most successful smoothie company in the UK with 70% of the market.”

Production has now moved to Newark, Nottinghamshire with smoothies being made six days a week, 24 hours per day. The drinks are now also competitively priced, something Cragoe has strived to achieve from the offset.

“One of the main issues we've always tried to keep constant is honesty – this is crucial to any form of business. We know that our customers respect honesty and that is exactly what our products do. We tell them exactly what's in the product and don't want them to be misinformed. What you read on the label is what you get. This forms part of our philosophy that we aim to continue in the future. We are honest to our customers and suppliers.”

It is the way the operation has rapidly grown over a period of eight years that is unusual. “I've never spent a penny on market research because you end up looking at it too religiously”, claims Cragoe.

“The growth we have experienced is purely from word of mouth. People have tasted the products and told their friends. We also tried to get away from bad labelling with just pictures of apples and oranges. We have always tried to be fun, relevant and interesting with our packaging.”

Cragoe insists that tasting the product is the best way to experience whether it is good or bad and this has led to even more growth. He believes that 99% of people like the taste and pass on the message.

“This is because it is a supply product that was needed and wanted by the public. Smoothies offer consumers something really delicious and healthy and this is why it's worked. It was so different at the time plus I believe that we have reinvented the chiller cabinet – our branding stood out as an icon.”

The smoothie industry is currently estimated to be worth in excess of £20 million and is predicted to rise as high as £50 million in the next three years. So, the next time you're abroad and sample a product that is out of this world, think how you could export the taste of success to the UK. You never know what might happen. 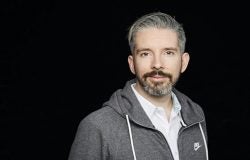 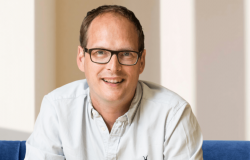 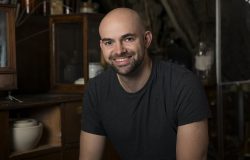 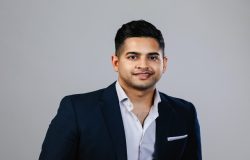