Since the Startups 100 index first began in 2008, we’ve highlighted over 1,400 bold ideas that have sought to improve the way we live and work. That ethos is truly encapsulated by private talent cloud company, Distributed.

Our team of judges were impressed by the startup’s innovative approach to the current digital skills shortage, and Distributed came an impressive sixteenth in our index last year.

Now, nine months later, as the issue continues to plague businesses, the company has stepped up to the plate with a myriad of achievements to report.

Since featuring in the list, Distributed has tripled its revenue, almost doubled its internal headcount, and secured £8m in a funding round led by Downing Ventures – amongst other major milestones.

We caught up with Distributed’s founder, Callum Adamson, to discuss the company’s journey so far, and what the future holds for on-demand talent in the UK and globally.

The concept of freelancing has existed since the early 1800s, when it was used to refer to a mercenary who would fight for whichever nation or person paid them the most.

Since then, the style of working has become popularised due to its attractive offer of greater flexibility and independence. But employers have often struggled to keep pace.

Indeed, Adamson founded Distributed in 2017 following his own poor experiences when working as a freelance project manager.

We are hugely appreciative of the support and our inclusion within the `{`Startups 100`}` list. The more that people can give third-party validated examples of our success, the more that helps us lean into our mission.

As he recalls, the recruitment options were thin when it came to assembling a top team of talent. He could either hire a team member for the client permanently, or rely on costly and potentially untrustworthy agencies to source solo workers like himself.

“That was the aha moment of ‘we need to put talent in the cloud’,” Adamson recalls. “There needs to be a team composition platform that's pre-vetted and performance managed.”

The idea has proved popular with audiences. Since featuring in the Startups 100 index last October, the platform's customer base has grown in the region of 200%, according to Adamson.

So too has the list of new freelancers waiting to join Distributed as a team member – roughly 4,000 at the time of writing.

“The community is a few hundred people strong today,” reveals Adamson, “and it's growing by about 20% every month.”

Community is a big aspect of the Distributed business model. Alternative online job marketplaces choose to deliberately nurture a competitive environment, using ranking systems to display their freelancers. Adamson is keen to avoid this strategy.

“We are not a marketplace and never will be,” he says firmly. “We're a private talent cloud. We’ll never do star ratings. They're an appalling way to measure a person. A person is not a restaurant.”

As he explains, there are three views on the Distributed platform. One is for the business itself, another is for professional posting, and the last is purely social, helping users to grow their career, learn new things, and even post pictures of dogs. 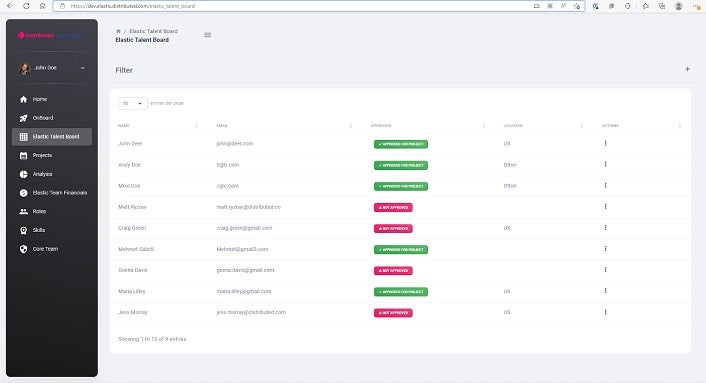 “It can get pretty lonely at times [being a freelancer],” Adamson recognises, “you can feel quite isolated. You're only really working from client-to-client and you never really get a chance to bond with a team.

Overseeing a global workforce of freelance developers undoubtedly creates some maintenance issues. But Distributed has coined its own phrase to describe its staff’s working style: “Elastic Teams”.

Operating within a plus minus four hours GMT window, developers are virtually tied to Distributed’s central London office, but can be based in countries ranging from Democratic Republic of Congo all the way to northern India.

“Our mission here at Distributed is freelance careers with more benefits than permanent employment,” Adamson affirms. “We use technology to be super-efficient, and improve experiences, not to treat people like binary numbers. [We are] a people focused business.”

The ideology of an encouraging and supportive community, rather than competitive, is obviously important to Adamson. But how did he convince investors of his vision?

“You have to choose your investors wisely,” he emphasises, “you’re both in it for the long run so you had better be mission aligned.”

Recognising that the market for private talent growth clubs was growing in the UK, Adamson visited investors, to do just that. Shortly after, Distributed signed what it describes as the largest ever open-talent commercial deal with BT Digital, worth £30m.

“That's what you get when you get female leadership,” he grins, “you get amazing strategic thought.”

Distributed has had the backing of other big-name partners, each of which Adamson praises for putting the business firmly on investor maps. But it’s the Startups 100 index he chooses to highlight.

“We are hugely appreciative of the support and our inclusion within the [Startups 100] list”, Adamson says. “The more that people can give third-party validated examples of our success, the more that helps us lean into our mission and improve the world for freelancers.

Even looking outside of the UK, the statistics don’t paint a pretty picture when it comes to available tech talent.

According to a recent study, there are 26.9 million software developers worldwide. Being able to pull from that pool of candidates will be vital for UK businesses to succeed.

Indeed, there were around 870,000 tech and digital job vacancies available between January to May 2022 – the highest number in a decade.

“There’s never going to be enough software developers to meet demand,” Adamson predicts, “which means every business on Earth needs to share talent.”

Distributed aims to lead the charge. Amongst the many opportunities for expansion that Adamson refers to are the Netherlands, Germany, France, and the US. But Distributed is concentrating on scaling up in its home territory before it looks further adrift.

“Every country has different freelance laws and different security regulations,” Adamson explains, “it can detract from the focused experience of building an excellent company in one territory by trying to internationalise too quickly.”

So, with the focus on the UK for the moment, how well does the country currently support freelancers?

Adamson points to IR35 – the government’s delayed tax legislation designed to combat tax avoidance by contract workers – as proof there is room for improvement.

“I would say IR35 is a very unsophisticated blunt tool,” he comments. “There needs to be a better understanding of independent career professionals [and how] they want to work.

Do you want to feature in the Startups 100 index?

Distributed’s bold mission statement was just one of many reasons we awarded it a top 20 ranking in our index. But Adamson regards the accolade as having brought real momentum to the firm’s cause.

If you’d like to be featured alongside impressive winners like Distributed, we’ll be accepting applications for the 2023 Startups 100 campaign in early August. Keep an eye out on our website to get first dibs at the form.

Or, if you’d prefer, send us your contact email to hello@startups.co.uk. As soon as the awards are open, we’ll let you know. 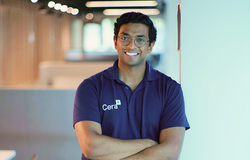 Successful entrepreneurs' stories
Startups 100: Where are they now? Cera
August 19, 2022 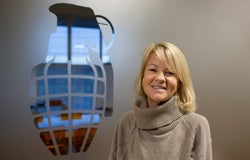