Many of the companies we know and love today started off as disruptors. Netflix rethought video rental, and started shipping discs by post. Spotify showed us the wonder of digital music libraries, while Apple offered a radical new interpretation of the personal computer.

In the last few years, though, disruption has been part of the game plan for countless startups. Monzo, Starling, and Revolut (no. 1 in last year’s Startups 100) are all challenging our notion of what a bank is, while Deliveroo and Uber are offering exciting new approaches to food delivery and personal transport respectively.

And this year’s Startups 100 proves this spirit is alive and kicking.

A wave of new disruptors are challenging old ideas and assumed truths, with the help of fresh thinking and cutting-edge tech.

Revving up the car industry

One of the brands leading the charge is Cazoo. No. 11 on this year’s Startups 100, Cazoo is on a mission to make buying a used car online as quick and easy as buying anything else online. Simply pick the one you want, then have it delivered to your door – and if you don’t like it, you can return it after seven days and get your money back. Every car featured on Cazoo is owned by the company, given a fixed price, and thoroughly quality checked before going on sale.

It’s a hugely exciting new approach that could bring the days of traipsing round car dealerships and haggling back and forth to an end. Founded by superstar entrepreneur Alex Chesterman (who has already founded and sold disruptor brands LoveFilm and Zoopla), Cazoo is already making some serious noise, with a TV ad campaign and a multi-year shirt sponsorship agreement with Everton Football Club.

It’s not alone however, with autotech (automotive technology) expected to be a flourishing sector in the next few years. By Miles, another entrant on this year’s list, is also carving its own niche in the sector with a simple, revolutionary idea – car insurance you can pay for by the mile.

Proptech (property technology) and fintech (finance technology) have quickly become established terms, with countless disruptors already operating in the two sectors. However, two companies in the Startups 100 2020 show there are areas that are still untouched.

In proptech, Home Made is offering an exciting new way to rent and let residential property, with a digital application process for renters and expert support just a WhatsApp message away. Landlords, meanwhile, get a quick process (properties are let in an average of 8 days), low fees, and an online dashboard that shows exactly how much interest there is in their property. Home Made is currently exclusive to London, but plans to eventually roll out across the UK.

In fintech, Claimer has set out to help the swathes of UK SMEs that are utterly baffled by R&D tax relief. Instead of slogging through websites and trying to decipher the minutiae of the various schemes available, simply upload your info to the Claimer platform, and let Claimer do the hard work of creating and submitting your claim. The company has a 100% success rate, and you simply pay 5% of the tax credit earned as a fee (capped at £10,000).

New startups are also combining proptech and fintech, offering new approaches that make securing property finance quicker and easier. Molo, for example, is the UK’s first digital-only mortgage lender, with automated decision making meaning you can get a decision in minutes. The company is already offering buy-to-let mortgages, and has plans to launch standard residential mortgages in the pipeline.

Glenhawk, meanwhile, is making a name for itself in the world of bridging finance, with a free valuation offering and zero admin or exit fees. It also prides itself on acting ethically, helping to bring fairness and respectability to a sector previously plagued by unethical practices. Glenhawk has already surpassed £100m of lending, and received support from US financial giant J.P. Morgan. It also plans to enter the homeowner mortgage market by the end of 2020.

The Best of the Rest

Jobtech may not really be a thing yet, but that’s not stopping Broadstone, whose AI-powered casual recruitment solution is helping people find fair and flexible temporary employment with large corporations.

It works via an app that allows jobseekers to create a profile, and receive notifications when a job is posted that fits their requirements. These profiles also enable speedy background checks, which are vital for the regulated industries that Broadstone’s clients operate in. Time worked is tracked via the app, and workers are paid instantly at the end of their shift, with holiday accrued and PAYE contributions taken care of.

In the four years since it was founded in 2016, Broadstone has already grown rapidly, with over 30,000 users in the UK and client agreements with five of the UK’s top 10 security companies. Its future plans are even bigger, with North American expansion next on the agenda.

Finally, one of the most radical startups on this year’s list is Monolith AI, a London-based startup that wants to use AI to dramatically accelerate product development. To accomplish this, it is developing an online platform that helps to simplify data access, provide context on collected data, facilitate decision making, and ultimately, help predict future product behaviour.

If this all sounds a bit like science fiction, then that’s no surprise. When the team of engineers, data scientists, and software developers behind Monolith explain what they’re trying to achieve, J.A.R.V.I.S – the superpowered AI from Marvel’s Iron Man films – is a frequent reference point.

In the real world, Monolith is already working with a variety of automotive, defence, energy and aeronautics engineering companies, using artificial intelligence, tailored visualisation, and high-performance computing to help improve the way they do things. With a high-powered team and grand ambitions, though, you get the sense that this is just the beginning.

So watch out – the new disruptors are here, and they’re going to shake things up once again. 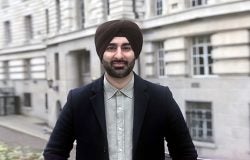 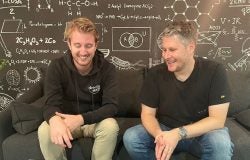 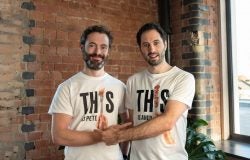 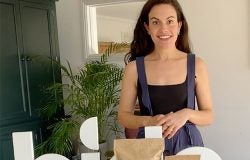