Having learnt from his previous venture which “failed fast, smart and cheap”, Brown is at the fore of a start-up success story with a growing list of leading figures behind him and turnover projected to reach £1.15m for 2014.

Launched in September 2013, Edinburgh-based Beer52 works with independent microbreweries to offer members access to boxes of unique and speciality brews, and Brown says it is currently the UK’s largest online craft beer community with over 2,500 subscribers.

Brown’s lightbulb moment came whilst travelling with his dad on the back of a Harley motorcycle from Scotland to Portugal where, after experiencing (and drinking) a vast array of craft beers, he grew disappointed on his return at “all these great craft beers out there that nobody knows about”.

Brown then made it his “mission to get their bottles into the hands of people who love craft beer” and after a meeting with Fraser Doherty of SuperJam, Growing Business Young Gun of 2009, who agreed to invest, this mission became a reality.

Discussing his plans for the next five to 10 years, Brown envisages himself investing in like-minded young entrepreneurs and “giving back and sharing the lessons I’ve learned”. 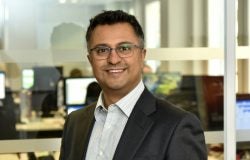 Successful entrepreneurs' stories
The New Disruptors
June 22, 2020
Back to Top
We use cookies. By browsing our site you agree to our use of cookies.