PingGo interviews the user in a series of questions designed to draw out the key information a journalist looks for and uses these to create key messages and a media-ready press release.

Running a tech specialist PR agency means that every day I meet start-ups doing amazing work and achieving incredible things. I realised no-one will hear their story unless they hire a PR agency which, for many start-ups, is not a very realistic proposition.

That didn’t seem fair to me, so I invented PingGo, a do-it-yourself PR machine, that lets everyone make news. Because, for me, it is the strength of a story that should determine whether the media picks it up and reports it.

I’ve worked in PR for over two decades. Media coverage cannot be bought – it has to be earned. When a company is just starting out it is critical that it establishes credibility, but traditional PR is out of reach to most start-ups.

With Scotland’s burgeoning start-up scene, I knew there would be appetite for this. I spoke to dozens of start-ups and carried out independent user tests on an early version of the software, and the overwhelming message was that yes, there is definitely a need for this product.

I was (and still am) running Hot Tin Roof PR – Scotland’s first specialist tech PR agency. I set up Hot Tin Roof nearly 15 years ago and since then have worked with some of Scotland’s brightest start-ups including FreeAgent and Money Dashboard.

Yes, I have! Very early on I knew I wanted to shape my own future and in every job I have had I’ve always jumped into the deep end and acted up rather than wait to be led.

It was the same feeling when I set up Hot Tin Roof – I took the leap and was determined to make the most of it, learning as I went. Running your own business is of course stressful but I love shaping a business that I believe in and of which I am proud.

PingGo has been bootstrapped, and apart from funding from InnovateUK and Scottish Enterprise, has been paid for by its sister company, my PR agency Hot Tin Roof.

I wanted to keep value in the company for as long as possible and avoid its dilution, and it remains 100% owned by me. Of course, that will change as we move to raise our first investment round to achieve scale.

PingGo is Software as a Service (SaaS) and operates on a monthly subscription based model. We also offer enterprise packages for organisations with large numbers of subscribers such as media partners, education institutions, start-up hubs and PR agencies.

Our biggest challenge was the product build – transforming my vision into a user-friendly front-end product via code!

I tried to build PingGo three times before I met our development team Neu. To be honest, the actual coding always felt like the easy bit. It was specifying the product and understanding how to communicate with software developers that was the real challenge.

Neu were exactly what PingGo needed – their digital artistry turned the idea into reality. Finding the right team is key – Neu’s approach aligned with mine and I was lucky to meet them at the time I did.

Receiving the funding from InnovateUK was a big step forward. It allowed us to hire Neu, who at that point we had already identified as being an ideal fit for the project, and alongside Neu we tackled product development, from user testing to marketing, commercial modeling to content creation.

Don’t give up. That’s the single most important piece of advice I can give anyone who believes in their product.

You will be knocked back time and again – that’s the nature of starting a business – and just when one thing goes right and you’re back on track, you are confronted with another challenge.

But success doesn’t happen by chance so if you believe in what you’ve got then keep fighting.

Also, speak to your customers, and do so early in the process. Take on board what they say. Trust your gut instinct but realise that you might not always be right – your customers’ needs are the most important thing to focus on!

PingGo has always been envisioned as a global product. We are already in 50 countries and our first customer to obtain media coverage using PingGo was in Arizona. However, I want PingGo to be an internationally recognised name.

In five years’ time, I want every start-up using PingGo the way they use Mailchimp.

Start-ups will be able to get their news out early and punch above their weight far earlier than in the past. And we’ll be used by large corporates too, supporting their own PR efforts.

PingGo will still be headquartered in Edinburgh, but we’ll have offices in Europe and the States too because PingGo will have been localised by then – the same product carefully crafted for local markets.

We will continue to democratise PR for everyone regardless of budget. Because news is not about the money or skills, it’s about the story. 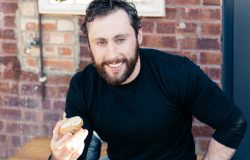 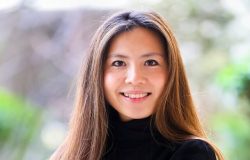 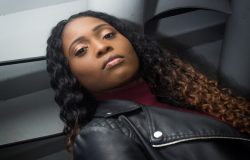 Just Started profiles
Muti Hair: Yanique Parson
March 12, 2021
Back to Top
We use cookies. By browsing our site you agree to our use of cookies.