So, when you receive an appointment reminder from your dentist or a parcel delivery text, those texts are routed through an SMS provider. We’re one of them!

We have a simple and powerful USP.

Customers only pay for delivered messages. Failed messages are refunded straight back to customers’ accounts.

Ever since the business SMS industry started in the late 90s, companies have always been charged for all messages they send, even if a proportion of them haven’t been delivered.

It’s a curious arrangement because SMS providers are not charged when a message is undelivered, so there’s an additional margin that almost all providers are taking advantage of.

The average non-delivery rate stands at around 18%, there’s a significant hidden, additional profit that the industry has been enjoying for the past 20 years or so.

We think it’s time this changed. We’re offering a more transparent approach to SMS pricing which is proving very popular.

I’ve been here before!

I co-founded one of the UK’s leading SMS providers back in 1999. We successfully sold the business to a competitor in 2013. The company’s still going strong today.

Although the market is even more competitive than it was a few years ago, there is still plenty of room for new providers as long as they have a compelling story to tell.

There are probably over 50 business SMS companies and we’re planning to become one of the market leaders again.

People have been receiving business texts since about 1997 and it’s still as popular now as it was then.

SMS is still the most responsive way that companies can communicate with their customers.

It’s amazing to think that over 90% of texts received are opened in the first 5 minutes and response rates can be as high as 30%.

By contrast, email response rates rarely rise above 1% and we’re all bombarded by an avalanche of email spam.

So, despite being very basic, SMS is still king!

After we sold our previous SMS business in 2013, I spent three years renovating our Victorian family home.

It was a lovely contrast to learn some new skills and not spend eight hours a day staring at a laptop screen.

Now it’s back to work with The SMS Works. We’re really looking forward to the challenge.

Yes. When I was working for large corporates, I was often frustrated by how slow things were.

New ideas were often ground into the dust before they had a chance or were so watered down that they didn’t create any impact.

Running your own business allows you to test ideas quickly and stick with the things that work and ditch things that don’t.

No one’s there to prevent ideas seeing the light of day. It’s a much more rewarding way of working.

We’ve self-funded. By having a clear vision of where we want to go, we have kept out costs down to minimum.

It’s great not to have given away equity or be saddled with a hefty bank loan. Having to keep costs down keeps us focussed.

Customers pay a low-cost per-text price of around 2.9 pence.

There’s no minimum order so customers can buy as many or as few text credits as they need. Full pricing can be found on our website.

Our market is ferociously competitive now. Our long-standing competitors have achieved great rankings in Google and it will take us years to compete.

We’re going to need all our competitive instincts to get our message across to our target market.

We successfully sold out first SMS business to a competitor in 2013. That company is still going strong. That sale gave me the confidence that we can achieve similar success setting up a new SMS provider.

As an entrepreneur you need to trust your own instincts. If you listened to all the voices saying you shouldn’t risk it or that you stand a good chance of failure, you’d never do anything.

We’d like to be one of the leading business SMS companies in the country. We also want to be the leaders in introducing a fairer and more transparent approach to SMS pricing.

It’s going to tough but we’re relishing the challenge. 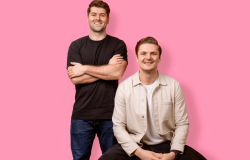 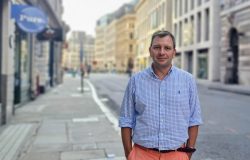 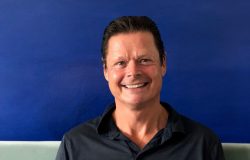 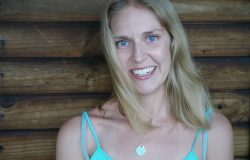