If you’ve had a little one at some point in the last decade, you’ve probably heard of Ella’s Kitchen – a brand that's gone from startup to household name by making children’s food that’s nutritious, delicious, and actually appeals to kids.

However, the road to this point was a long one. Paul Lindley (father of the eponymous Ella) founded Ella’s Kitchen way back in 2004, jacking in his job as managing director of children’s TV channel Nickelodeon to pursue his dream – organic baby food that kids would love, and which would help combat the growing problem of child obesity.

Armed with £25,000 in savings, he started developing ideas on his own, before seeking expert guidance from nutritionists at the University of Reading. Eventually, after at least 500 phone calls and 500 emails, he got his foot in the door at Sainsbury's.

It’s fair to say he well and truly nailed that pitch, with his passion and planning persuading Sainsbury’s to stock the fledgling Ella’s Kitchen in 350 stores across the country.

Needing to quickly produce huge quantities, Paul remortgaged his house and outsourced to a food manufacturer in Scotland to get his pouches on the shelves. They were an immediate hit, and he then used his TV expertise to get free advertising on Nickelodeon in return for a share of the revenue from Ella’s Kitchen.

From there, Ella’s Kitchen has only continued to grow and spread its positive message, diversifying into everything from healthy snacks to infant versions of adults meals like veggie biryani or chilli con carne.

As for Paul, he sold Ella’s Kitchen in 2013 to US organic food brand Hain Celestial for a cool £66m, and then stepped away from the company in 2018 to focus on championing children’s nutrition and welfare internationally. 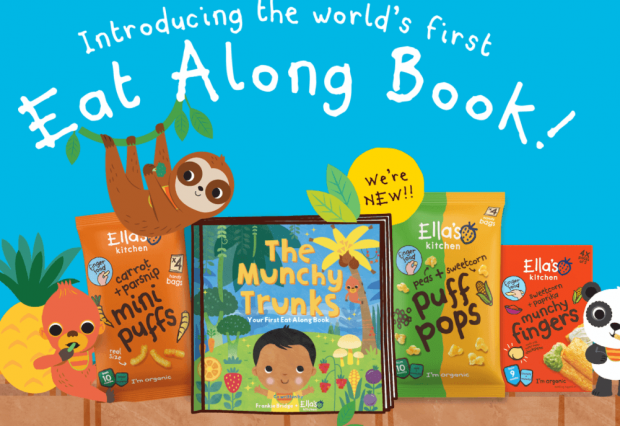 What really stands out about Ella’s Kitchen in 2020 is the sheer number of items in its range.

After starting off with 2 pouches – the red one and the yellow one – Ella’s Kitchen is now a children’s food powerhouse, selling over 200 different products designed to tantalise tiny taste buds and promote healthy eating.

As a result, the company now caters to a wide variety of ages, from four month old babies just starting to move on to solid food to a big kids range that’s suitable for children up to 8 years old.

It also recently collaborated with popstar (and mum of two) Frankie Bridge to create the world’s first “eat along” book, which is designed to help kids get used to different food textures and experiment with different foods. Some of the proceeds of the book are also helping to raise money for Flavour School, a charity that works with primary schools and nurseries to embed sensory food education.

However, while it’s finding new ways to spread its message and working with its suppliers to ensure sustainability and ethical treatment, Ella’s Kitchen in 2020 is basically doing what it’s always done – producing tasty, healthy food made to high standards that kids love and parents love to give their kids.